A Day in the Life

Prokofiev Dept.: Day 2, following up on yesterday’s post – this time, two all-day affairs at the Bard Summerscape festival (which, as I write this, is planning a Schubert-centric program in the coming weeks.)

DURING THE COURSE OF Sergei Eisenstein’s agitprop movie “Alexander Nevsky,” 13th-century Russian troops battle their German enemies in impressive scenes of carnage cut to a rousing Prokofiev score. It was disturbing to emerge from a showing of this movie two Saturdays ago to discover that the Russians had just invaded Georgia. 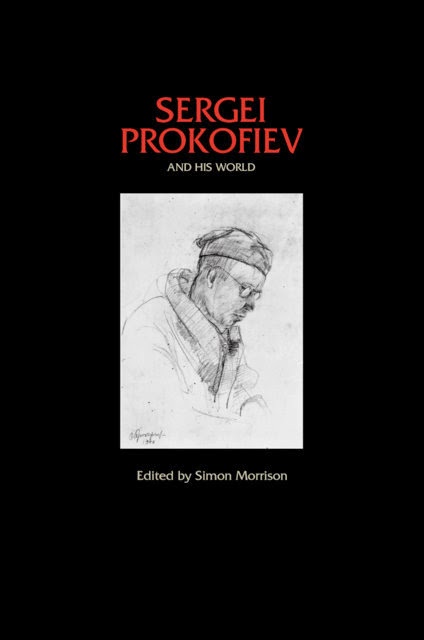 Twenty-eight years ago, when I selected and announced classical music at a local radio station, Russia ramped up its occupation of Afghanistan. The U.S. boycotted the Moscow Olympics; locally, calls and letters came to the radio station protesting the broadcast of music by Russian composers. Airing Prokofiev’s Seventh Piano Sonata to the Capital Region would have done – what? Encourage the Soviet army to push on into Pakistan? The stupidity never ends. The music transcends it.

After exploring a career in the United States, France and Germany, Sergei Prokofiev returned to the Soviet Union in 1935. He slipped away in 1918 in the wake of the Revolution; he returned just in time to fall victim to Stalin’s new, oppressive policies towards artists.

Although composers like Strauss and Wagner have enjoyed a philosophical rejuvenation despite their Nazi party associations, Prokofiev never seems to have fully come out from behind the cloud of suspicion that he willfully altered his composing style to satisfy Soviet demands. Of course, Commies had a long run once they replaced Nazis as our enemies du jour.

Politics was never very far from the lectures and panel discussions that framed the Bard Summerscape’s Prokofiev festival during the last two weekends, but one conclusion sat firmly in place: None of the composer’s music need be discounted for political reasons. Like so many composers who suffered under Stalinesque strictures, Prokofiev layered his music with a complexity that spoke to fellow-sufferers even as it eased past the scrutiny of censors.

“The music of Prokofiev spoke to the Russian people during the Stalin era,” said American Symphony Orchestra music director (and Bard College president) Leon Botstein, introducing one evening’s program. “Music was the only form that Soviet artists had in which they could protest the regime.”

is comments reinforced those of University of Cambridge professor Marina Frolova-Walker, whose engaging half-hour lecture placed works by Prokofiev and his good friend Nikolai Myaskovsky in political contexts, noting that Myaskovsky artfully side-stepped the suggestion that he attach a program to his next symphony and set lyrics from an approved text. Instead, he encouraged rumormongering about the supposed program, at once exciting more interest in the piece and keeping it free of anything overtly political.

A Summerscape festival is a full-to-bursting pair of adjacent weekends offering lectures, panel discussions, movies and concerts. What sounds brutally academic turned out to be fabulously enlightening, with top scholars weighing in formally and informally throughout the days. Events during the two Saturdays I attended ran from 10 AM to 10:30 PM – a full schedule if you audit everything, but a satisfying one.

The first Saturday kicked off with an overview of the composer’s life. David Nice, author of an engaging biography that takes Prokofiev through 1935 (part two is forthcoming), gave us the early years, looking especially at the evolution of the pieces into the more mature works. Harlow Robinson’s 1987 Prokofiev biography was one of the first to give a sane political context to the music, and Robinson followed the composer into the U.S. and Europe during the 1920s and early 30s as part of a flood of creative émigrés. Frolova-Walker took the story from there, through the thorny Stalin years.

Despite the academic setting and an audience crowded with academics, this was anything but dry. Fashionable though it may be (at least among pseudo-conservative bloviators) to disparage all things intellectual, to immerse yourself in this kind of experience erases any pejorative connotations of the term “scholarly.”

Chamber music was the afternoon fare, orchestral music sounded in the evening, each concert programmed to reflect not only a different aspect of Prokofiev’s life and work but also a broader musical context. Thus, the chamber concert titled “Teachers and Influence” included works by Tcherepnin (a charming set of quartets for French horns, played by ASO members), Glière, Taneyev and Medtner. Jeremy Denk then gorgeously performed Prokofiev’s Visions fugitive, a moody set of 20 brief piano pieces. For the finish, Glazunov’s String Quintet in A Major, itself sounding at times like the offspring of a Tchaikovsky-Debussy romance.

“The Return to the U.S.S.R.” was the theme of the second Saturday’s chamber program, where Shostakovich’s String Quartet No. 3 stole the show – there’s no topping its plaintive energy. Flutist Randolph Bowman and pianist Frederic Chiu opened with Prokofiev’s lilting Flute Sonata, as polished a performance as I’ve heard, complete with outdoor thunder and rain to add to the mood. Prokofiev’s not-very-pleasant String Quartet No. 2 closed the program.

Filmmaker Yosif Feyginberg was on hand to premiere his hour-long documentary “Prokofiev: The Unfinished Diary,” an excellent portrait of the recently translated documents. Too bad the projectionist couldn’t get the aspect ratio correct.

“Popular songs of the Tin Pan Alley-era teach us how to love,” said Mitchell Morris, introducing the segments of another Saturday morning event: “From Broadway to Gorky Street.” The premise was a stretch – what Prokofiev heard in the U.S. in the 20s – but the performances were stellar, with soprano Melissa Fogarty, tenor Robert Mack, baritone Jonathan Hays and pianist James Bassi singing numbers by Gershwin, Porter, Russian émigré Vernon (Vladimir Dukelsky) Duke – and Isaak Dunayevsky, as Russian an equivalent as they could find. Mack provided the highlight with a compelling performance of “There’s a Boat Dat's Leavin' Soon for New York” from Porgy and Bess.

We also need to learn how to live. The Sept. 9 evening event was the post-Georgian invasion concert, in which Prokofiev’s clangorous Third Symphony sounded all the more heartbreaking and demonic. Lyadov’s dreamy “The Enchanted Lake,” which preceded the symphony, lulled us into a more peaceful place, but the concert’s first half already had given us Scriabin’s fiery “Poem of Ecstasy” and Blair McMillen’s animated interpretation of Prokofiev’s Piano Concerto No. 1.

As conductor Botstein pointed out during the second Saturday concert, you rarely hear one Myaskovsky symphony in performance, let alone two. His Symphony No. 16, like Prokofiev’s Summer Night Suite, which preceded it in the first half, is a model of what satisfied Stalin’s censors even as it trembled with tension underneath.

By contrast, Myaskovsky’s Thirteenth Symphony is flat-out strange, a dangerously introverted work for 1933, beautiful in its remoteness.

One of Prokofiev’s last compositions was the Symphony-Concerto for Cello and Orchestra, a much-revised piece written for and with Rostropovich. It’s a bitch to play well, and thus is rarely heard in concert. Soloist Gavriel Lipkind had a few missteps, but only a few, and otherwise played it with the passion and virtuosity it deserves. The American Symphony also was in top form throughout these events.

It’s reassuring to note that when an event like this is programmed out of passion, not a received need to please “the audience,” you can sell out house after house. Next summer: Wagner.