MY DAUGHTER HAS an introspective streak that leads her to unexpected bouts of philosophizing. “Why,” she asked recently, “am I here? I mean, what is my purpose for being on Earth?”

“I can’t answer the second question,” I told her, “but I certainly know about the first.”

“Is this going to be one of your long explanations? Because I – ”

“Sit down,” I suggested. “It’s high time somebody told you about this.” 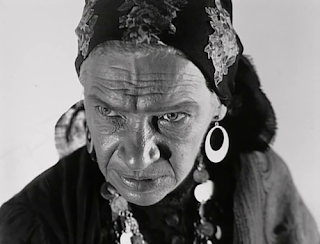 It was in July 1992 (I told her), long before you were born, when your mother and I took one of our trips to Lake Placid. You’ve been there, you know what a charming place it is. In the course of writing about travel and restaurants, I’ve been able to try several wonderful hostelries there, and for a while Susan and I were paying annual visits. This despite the fact that the tourists in that town tend to be far too fit, so that I end up being the fattest person on the sidewalk.

Our destination this particular weekend was the Mirror Lake Inn, which was giving us dinner and an overnight for a piece I’d write the following week.

It usually takes about two and a half hours to drive there, but I got it in my head to seek a more scenic route than I-87, known as the Northway. We took Route 30 through Speculator, picking up Route 3 outside of Tupper Lake – adding an hour to our travel time.

It’s nice to have conversation to go with the scenery, but the topic list took one of those turns that too often plagued our communication in those years. No doubt it was something to do with family issues that sent us onto the emotional shoals.

You see, far too early on, when the honeymoon was over and the need to be polite to one another slackened, we fell into a series of argument patterns so frustrating and predictable that each time  I felt as if I’d strapped myself into an evil amusement park ride. I knew what Susan would say, I knew what I’d thunder in reply, I knew the awful places this would take us – yet I felt powerless to change the course of it.

But I was stubborn enough to keep at it. Because I had a point to prove, dammit, and prove it I would. Can’t help it if I sound insulting. No, I’m not going to be moved by your tears!

What you have to picture, as we drove along beautiful Route 3, is a car suffused with silence. Long, tear-stained silences made up most of the conversation as we headed into Saranac Lake. By the time we reached Lake Placid, I’d had enough. I didn’t know where I was going to sleep that night, but it certainly wasn’t going to be in the hotel room with her.

“You go on to the hotel,” Susan said brokenly. “I’ll take care of myself.”

Silence. This was supposed to have been a stay at a luxury resort, with an excellent dinner, a breakfast buffet . . . but she had to go and spoil it with her selfishness.

“I can’t believe how selfish you get,” she said. We were nearing the resort, but I took a right on Woodland Terrace. “I’ve had enough!” I shouted. “What the hell do we do this to ourselves for? I’m miserable with you!”

“So why don’t we,” I started slowly, over-enunciating every word, “just call it quits then.” It seemed important to be the first to reach for the big gun, the D-gun. It’s my idea. All you can do now is agree.

“All right, then.” I pulled to a stop in a parking space on Hayes Street, putting us back near Main Street again. I shut off the car, swung myself out of it, slammed the door shut and walked away without looking back. I heard her door slam. I kept walking.

It was a lovely, breezy summer afternoon, the ripples on nearby Mirror Lake picking up glints of sunlight. I headed for my usual first stop, a store called With Pipe and Book (sadly, no longer there) where I could stock up on cigars and a hard-to-find novel or two. Which was good: I wanted to taste the single life again, and for me that meant a retreat into the world of fiction. Provided it wasn’t clouded by any happily-ever-after shit.

But I was grandstanding. I couldn’t shop. I couldn’t concentrate. I could only wonder what Susan was doing, wonder what she was thinking. I ached at the thought of the pain she was suffering; I was furious at how she’d caused me to suffer. I left the store and walked back towards Hayes Street, and found her on the sidewalk there, walking slowly, pretending not to notice me.

She gave me her bright, sardonic fuck-you grin and said nothing. There’s an open space along a length of sidewalk there where you can see the lake provided you can dodge the skateboarders. Some benches are provided, but we didn’t sit. We were nearly to the next building, an Eastern Mountain Sports outlet, when a woman placed herself in our path.

“Why are you fighting?” she asked.

In truth, we hadn’t said anything to one another for a couple of hundred feet. The woman stared at us, evidently awaiting an answer. She looked to be a little on the far side of middle age. She was dressed in layers of dark, flowing fabric. Her hair was long and loose. She had an accent I couldn’t identify – and I’m good at identifying accents.

“You should not be fighting with each other,” she said. “You love each other too much.”

What am I going to tell this person, here on a public street, people passing all around us? That I’ve once again been wronged by this wife of mine, who thinks she knows what I’m thinking and says things that make no logical sense?

“Does any of it matter, what the two of you have been saying to make this fight?” Her tone was gentle but her manner was imposing. “I want you to stop all this and take each other’s hands – go on, take them – and look at one another and remember how much love you have for each other.”

I have no trouble refusing embarrassing requests, but this woman’s manner allowed no such alternative. Susan and I held each other’s hands, possibly the first time we’d done so like that since the wedding ceremony.

“See?” said the woman. “See how much love there is? Now, no more fighting!” And she walked away.

I’ve never been judo-flipped to the ground, but I can’t imagine it feels much different. We were speechless. We walked for a while, still holding hands, saying nothing, as all the bad feeling I’d built up flowed away. “Let’s go to our hotel,” said Susan, and we went back to the car and began our vacation.

“We looked for the woman later that day and again the next,” I told my daughter, “but didn’t find her. Not that we needed to; she’d done what was necessary.”

“So she was, what, some kind of a ghost or gypsy or something?”

“She was very real. She scared the hell out of us. But she kept us from getting a divorce, which is why we were able, a couple of years after that, to think about having a child. And that, I hope, answers your first question.”

Great story -- and I would expect nothing less from you, Byron Nilsson! Looks like you're holding up admirably!