I UNDERSTOOD THE APPEAL of glue-’em-together plastic models only after I learned how to make explosives. The time required to paint each damn part and then adhere them properly seemed endless and I had no idea when I was young that I was supposed to be sniffing the glue in order to dull the pain.

Also, I had no affinity for cars. My neighbor Joey was deeply into hot rods and collected magazines and other paraphernalia featuring the artwork of Ed “Big Daddy” Roth. Thus he also labored over Revell models of “Big Daddy”-designed vehicles, never complete until the toothy, pop-eyed visage of Rat Fink peered from the hood. 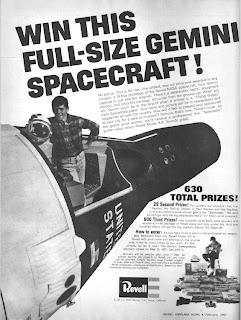 How I learned to make gunpowder I no longer remember. It seems as if the formula was chanted as a mantra: “saltpeter-sulphur-charcoal,” obtainable in any quantity only by scraping open hundereds of caps or lucking into firecrackers. Older kids passed along the information that neither toy store manager nor druggist would sell saltpeter (potassium nitrate) to minors, so I launched a campaign of befriending the guy who ran the Toy Caboose. I was a serious scientist-in-the-making who needed to expand beyond the limits of my toy-store set. And I looked far older than my years. It wasn’t long before he sold me the grail.

As an analysis of a cherry bomb showed me, the trick was to contain the powder tightly enough to give the expanding air something to fight against. I conducted these experiments in the basement when the house was otherwise empty. Ours was the kind of neighborhood in which random explosions could sound without provoking police visits, a kind of suburban apathy that protects atrocious behavior.

I built my bombs into the holds of model ships, the short lives of which precluded the necessity of painting them. As soon as the glue was dry, I’d carry the latest vessel to a pond at the end of my street, light a long fuse and enjoy its maiden and final voyage, which ended in a plume of black smoke and sizzling plastic.

This is how I became aware of a contest sponsored in 1967 by Revell. Collect and submit the box flap of any of the company’s plastic models and you could win a Gemini space capsule. An actual Gemini space capsule. A capsule in which had journeyed the likes of Gordon Cooper and Gus Grissom, Buzz Aldrin and spacewalking Ed White.

There could be no finer backyard toy. My understanding of the contest award was based on a misreading of the ad, but we’ll get to that later. I wanted that capsule. I submitted several times. And one day, as summer approached, a I received a letter in an official-looking Revell envelope that informed me I’d made the semi-finals.

The semi-finals! Now I could visualize that capsule in my yard, right beside the maple that housed my soon-to-be-abandoned treehouse. I bragged about it to my friends, setting the parameters of who’d be allowed to play in it and when. I would be magnanimous, I would be fair, but I would reserve ample time for my own flights.
The letter included forms to be filled, and fill them I did with the help of my Dad. It was he who got to the joykill first, and read it aloud: “In the event that you win the Gemini capsule, to which museum or other municipal institution would you like it donated in your name?”

No, no, no, no, no, no. No. That couldn’t be possible. Dangle so fantastic a prize only to heartlessly wrench it away? Entice a child only to punish him like that? Of course. The world of grown-ups is and always will be a treacherous one.

Nevertheless, I was honest. “If I win the Gemini capsule,” I wrote, “I will put it in my yard. But,” I added, in what I thought was uncalled-for generosity, “I will let anybody who wants to play in it.”

On a trip to Washington, D.C., in 2001, I had my first close-up view of a Gemini space capsule in the Smithsonian. “That should have been mine,” I told my wife and daughter, explaining how it had been so cruelly wrenched from me because of my honesty with the bastards at Revell. I have since learned that what the company offered as contest prize was only a 19-feet-long prototype of the capsule, but it still would have made a great plaything. The kid who won it was strong-armed into placing it in the Oregon Museum of Science and Industry.

Writing this has reopened old wounds, and I’m going to do now what I should have done then. Track down a Revell Gemini space capsule module, build it around a payload of well-wrapped gunpowder, and purge myself of my resentment. More recent history has rendered it not at all as carefree an activity as it seemed when I was eleven, but at least I’m working from a much bigger backyard.