Guest Blogger Dept.: This blog is getting verse – specifically, another poem by P.G. Wodehouse. The creator of Jeeves and Lord Emsworth was also a renowned lyrist in his day, contributing the words to Jerome Kern’s tunes in a series of acclaimed pre-Gershwin musicals. But this predates even that, a tender ditty that creates its own music. 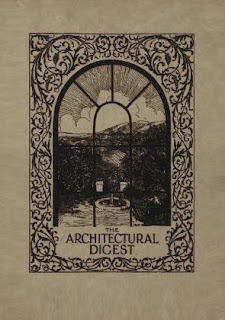 O, read my melancholy rhyme,
Peruse my mournful ditty,
Two men there dwelt upon a time
Within a certain city.
Both were distinctly men of parts,
Well versed in their respective arts.

To fell diseases of the kind
That everyone who can shuns,
One of this pair had turned his mind,
The other’s forte was mansions.
They were, as you’d no doubt expect,
A doctor and an architect.

The latter, when but twenty-nine,
Planned a Titanic building,
A house of wonderful design,
All marble, stone, and gilding.
Said he: “My fortune’s made, I wis,
Men can’t resist a thing like this.”

With eager hope his heart beat high,
He took his plans up boldly,
And thrust them in the public eye:
The Public viewed them coldly.
“Pray take that rubbish right away,
You’re far too young for us,” said they.

The doctor next, a gifted man,
Whose brain-pan teemed with umption,
Discovered quite a novel plan
For dealing with consumption,
By treating each consumptive wight
With hard-boiled-eggs last thing at night.

He told the Public of his scheme,
But met with stern denial.
“Absurd,” said they, “We shouldn’t dream
Of giving it a trial.
Apparently you quite forget
That you are barely thirty yet.”

The years rolled on. The doctor’s schemes
Soared annually higher.
His fellow-sufferer covered reams
With plans that found no buyer.
The Public eyed with gentle smiles
These energetic juveniles.

More years rolled on. The hapless pair
Found life no whit the gayer.
The medico’s luxuriant hair
Grew gradually greyer.
(The architect’s was nearly white,
Through sitting up too late at night.)

And then – the Public changed their mood!
Their hearts began to soften,
They felt the doctor’s cures were good –
(They’d had that feeling often).
They also chanced to recollect
The merits of the architect.

“Come, plan us mansions, bring us pills.”
Their cry no answer rouses.
No one alleviates their ills,
No one designs them houses.
Upon inquiry it appears
Each has been dead for several years.