Crystal Ball Dept.: O, those prognotications of the year ahead! They fade so easily that by the time summer arrives we’ve usually forgotten whatever it was we expected. Unless you commit those predictions to print, as I did at the end of 1998. Of course, this was also a convenient way to weasel out of having to trek through snow to review a restaurant.

THE BUSINESS OF REVIEWING RESTAURANTS got its own book-length treatment in Dining Out, by Andrew Dornenburg and Karen Page, in which leading critics, chefs, and other restaurant people held forth. How many visits are appropriate? How much does the food figure into the final assessment? And what the hell is with those stars? 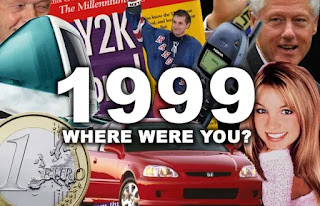 Look for this book – it came out last year from publisher John Wiley – for a thought-provoking examination of a subject that’s obviously dear to my heart. But don’t look for my comments within. We review drudges in the not-so-major markets didn’t make the cut.

After all, I’m like many others who file a review each week in that I get reimbursed for one visit only. Would it be fairer to the restaurant to show up three or more times? Probably. If things go really wrong during my visit, I have to figure out what caused the problems and guess whether it’s unique or ongoing. And if my experience is transcendent, I might raise your expectations to an unrealistic height.

Last week we looked at 1998's best. Let’s start the year with a glance ahead, along with some explanation of what goes into a Metroland restaurant review.

First, a resolution. As the millennium approaches and the world prepares to end, it’s time for me to get meaner. I’ve spent over a decade being way too nice. Besides the fact that I’m way too nice to begin with, I have a lot of sympathy for those who invest the many thousands of dollars required to make a good restaurant run, and I believe in supportive criticism. Also, I really enjoy dining out and give lots of benefit of the doubt. As a waiter in a swanky Westchester County restaurant years ago, I was always astonished by those who were prepared to pay plenty for dinner but sat miserably at the table, radiating joylessness. When I feel that grumpy, I stay home.

But while I’ve been silently excusing obvious problems, the Capital Region’s restaurant scene has slid into sub-mediocre hell. The nightmare influx of bad chain eateries perpetuates the horrid idea that restaurant-quality food passes from can to steam table or from freezer to microwave. Lousy cuts of meat softened into mealy tenderness with papaya juice or needles was once the province of ultra-cheap steakhouses; now you can pay much more for the same dross.

So this year’s reviews are going to pay even more attention to food sources, with freshness emphasized. There’s no excuse to do it any other way.

Service, in a word, sucks. Wind-up waitrons people the floors, the product of mindless managers who themselves probably don’t care much for food. Restaurants are a service industry, powered by the floor staff. We, the customers, have learned to tolerate and accept apathy and confusion. And we still leave a tip!

I also resolve to carry my own little bottle of Windex, with which to battle servers spritzing adjacent glass-topped tables.

Finally, answers to some common questions:

How do we choose the restaurants being reviewed? Most important is to give the reader a sense of a variety and the editor a sense of economy, so we try to vary location, cuisine and price from week to week. It’s also important to juggle old and new, the former especially as chefs and menus change. But we’re probably going to pay more attention to changes in a fine dining establishment than in a roadhouse.

We keep lists of candidate names culled from reader recommendations, newspaper stories, car trips, other reviews, Metroland account executives and other sources, and every two or three months assemble a list that seems to make sense. We try not to pounce on a new place the day the doors open, but it’s always fun to scoop the competition.

How can we give a fair assessment after a single visit? Depends on what you mean by “fair.” Few people on the receiving end of a bad review will think it’s fair even after six or eight visits. Still, the single visit is all that’s permitted, so it’s important that we all understand its implications. This is a column of opinion. Informed opinion, yes, but it’s still one writer’s point of view. You’re invited to investigate further.

Nevertheless, I bring to the table several years’ experience waiting on tables, tending bar and cooking, and, since inaugurating this column in 1986, I’ve learned a tremendous amount about food and food writing, and continue to pursue the nirvana of complete culinary enlightenment. I recent discovered the One Almighty Concept: You can’t appreciate dining out unless you put in some time cooking at home. I’d like to think that if we hit the skillets more often, all those chain restaurants would disappear.

On what basis do we assign stars? Oh, boy. This takes up a huge amount of space in Dining Out, so it’s obviously important. Like most critics, I despise the idea of condensing several paragraphs of considered appreciation into a brief row of icons. But it serves a purpose somewhere over at the marketing end of things, which is where my paychecks originate.

There are two ways in which a restaurant excels. One is to be the best of all possible restaurants, which usually involves fancy trappings and high prices. The other is to be best at what the place sets out to do: diner, spaghetti house, pancake palace, whatever. (According to my criteria, you can’t be a best fast food chain or cheap buffet because those places are intrinsically anti-food.)

We recently adopted a five-star system, although you won’t see all five unless the place has transcended all obstacles and taken the preparation and presentation of food to a new height. But a four-star diner and a four-star continental restaurant will be very different dining experiences. We expect different things from each, and it’s the fulfillment of those expectations that counts.

Next week begins the annual trek to 50 or so restaurants, even as I struggle to shed a pound or two. And I’ll serve up half-a-hundred opinions. You need only add a grain or two of salt.