From the Tech Vault Dept.: Here’s a pair of pieces I wrote for the online computer magazine c|net some twenty years ago. I don’t know the exact date these ran, or in what context, or with what artwork, and there’s no way to find screen shots these days. Then again, all the promises made below are so out-of-date that I might as well be talking about daguerreotypes.

THE PRICE OF COMPUTING is memory usage. Every program chews up RAM, but quit the program and you don’t necessarily get the RAM back. That’s where WinRAM Booster Pro comes in handy. Like many similar utilities, it delivers extra memory space by defragmenting what’s in use, closing the gaps and returning impressive amounts of RAM. 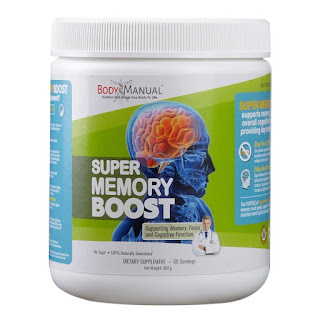 An easy-to-follow main screen introduces the components, chief of which is RAM optimization. This can be run on an as-needed basis, but it’s more useful when set to auto-optimize at regular intervals (ten minutes works out as a good amount). Better still, you can enhance application shortcuts by adding an optimization command before the application is invoked.

As Windows runs out of RAM, it uses hard drive space for memory caching. That’s your Windows swap file. WinRAM Booster includes a cache optimization utility that lets you select the minimum and maximum settings, the chunk size (the size of data units swapped to and from the cache), and file cache settings. Six pre-sets simplify your choices, including settings optimized for CD burning, multimedia, and games.

Be adventurous. Although the defaults work well, plenty of settings options await, and you can fine-tune your system over time for optimal memory efficiency. Unfortunately, the documentation doesn’t give you much detail on such options as “Disable FiFo method for Disc Drives,” so you’d do well to have a Windows Resource Kit handy.

If you don’t mind living dangerously, try WinAlignGUI. It works in the Windows 98/ME environments, tuning your applications to run more efficiently by rewriting the executable files, setting the data sections in the program at multiples of 4 Kb for better efficiency. Consult the list of programs that will and won’t work with this utility, and be sure to back up anything you’re going to change.

The program itself uses a tiny 5 Mb of memory and runs unobtrusively, although you can choose to maintain a discreet window that graphs what’s used and what’s free in your RAM. Registration for the Pro version is $25 (although there’s a current $19.95 CNET special). There’s also a slightly older Standard edition for $15 that lacks some of the auto-optimization features, but it’s worth the extra few bucks to get the full package.

CNET rating: 8
The good: Gives back valuable memory with ease.
The bad: Insufficient documentation.
The bottom line: Quick and easy way to grab back memory hogged by your Windows applications.

WE KNOW THAT WINDOWS is an unrepentant memory pig. Add to that the strain of running a program or two and you’re soon losing time waiting for what little memory is left, usually stolen from your hard disk space.

And so a cottage industry has emerged of programmers devising various ways to reclaim memory that’s unused but unavailable. Among their results you’ll find fancy interfaces, lots of options – and then you’ll find RamBooster, which is the vanilla ice cream version. Nothing fancy. Documentation is a series of help file screens that aren’t all that well written.

But once it’s tuned and running, you’ll barely notice it’s there. And you’ll have far fewer problems with disappearing RAM.

It’s a freeware application written by J. Pajula, who is based in Finland. The goal, nicely achieved, was to use as little of your computer system (memory, resources) as possible while perching in the background, reclaiming memory at regular intervals. RamBooster claims a mere 1.8 Mb of memory as it runs, and CPU usage of no more than 0.4 percent.

It’s based on the premise that memory gets filled when you use an application but not cleanly emptied when you quit that app. RamBooster ferrets out and frees those pockets of RAM. Unlike some of its competitors, it doesn’t defragment your memory, which may limit the amount it can reclaim, although no such limit has been noticeable in tests on machines running Windows 98 and Windows ME.

Set the amount of memory you wish to reclaim and the program reclaims it, either on demand or when the amount of available memory drops below the level of your choice. What gets tricky is choosing those amounts.

Opt to reclaim too much too often and your computer will get sluggish as it continually tries to work for you – thus defeating the program’s purpose. How you use your computer will dictate the levels that work best; what’s effective for Internet surfing won’t support fierce games playing as well.

Some of the fancier competitors to RamBoost offer suggested settings, but with this program you’re on your own. The help file suggests some values to start with, such as invoking the program (which is called setting the alarm level) when available memory drops below ten percent of your total, and asking for fifty percent of your memory back when RamBoost goes to work.

And there are a slew of other settings for your tinkering pleasure. You’ll want to set the program to run whenever you start your computer, of course, and you can run it with or without sound (without is much more peaceful). Set it to display in your Windows system tray and you’ll see a tiny box, the color of which gives a rough idea of memory usage.

Although a little intervention is required, this is a great example of a set-it-and-forget-it utility. It’s all the more excellent because it quietly steers you away from problems, so you’ll never know it’s there.

CNET rating: 8
The good: Unobtrusive memory grabber.
The bad: Have to experiment for optimal settings
The bottom line: Fine tune this program for painless return of unused, previously unavailable memory.