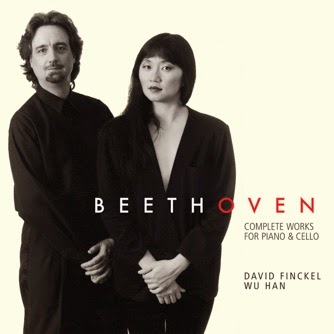 It’s a bruiser of a program in some ways. Length, for starters – expect over two hours of music, along with two breaks. We may need to brush up our attention spans a bit, because these days even my nearly doddering generation has succumbed to the lure of the brief and immediate and grows restive far more quickly than ever before. Then there’s the challenge of so much Beethoven which, no matter how much you think you enjoy his music, offers a lot of richness to consume and, if you’re paying attention, can bring on the musical equivalent of diabetic shock.

But I believe that marathon listening like this, in an acoustically wonderful  hall with top-flight performers and a sympathetic audience, invites closer communion with the works in question than you can achieve by listening to recordings.

What’s unique about these works is that you get a tour, in a comparatively brief time, of Beethoven’s three major compositional styles as represented by a particular combination of instruments. You’d have to sit through sixteen string quartets or 32 piano sonatas for a similar marathon, and the ten violin sonatas are grouped largely in the composer’s early period.

Finckel and Han provided a recorded introduction to the program on a CD that was distributed at the December Union College concert by the Boston Camerata. It’s a well-written, well-declaimed (by Finckel) tour of the pieces, the kind of info I relied upon during my earliest years of classical-music discovery and still seek as I learn about unfamiliar works and their composers.

Fortunately, the artists’ website offers a similar text alongside a set of videos recorded at the Aspen Music Festival a few years ago. Read the insightful prose as the corresponding video plays and you’ll be more than ready for the upcoming performance.

Here’s an example, describing the Rondo from the first sonata: “One can imagine the court's amazement at the spectacle of Beethoven devouring the keyboard in this finale. The only calm moments are dreamy interludes of piano arpeggios over cello drones (2:19). Near the finish, a long ritard (5:17) winds the action down to a standstill, and when the composer has us in the palm of his hand, he ends the work with an explosion of notes from both instruments.”

And if you’re truly dedicated to the cause, you can avail yourself of the sheet music, which I might well print and schlep to the event, allowing myself to become just the kind of white-haired snob I used to mock while my hair had some color left in it. See you there!
Posted by B. A. Nilsson at 7:35 PM