Guest Blogger Dept.: Let us turn to the prolific pen of Hilaire Belloc, who gives us the saga of “Matilda, Who told Lies, and was Burned to Death.” (Drawings by
Basil T. Blackwood.) 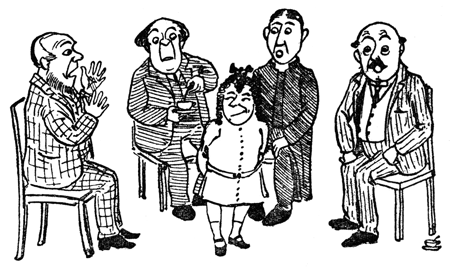 Matilda told such Dreadful Lies,
It made one Gasp and
Stretch one’s Eyes;
Her Aunt, who, from her
Earliest Youth,
Had kept a Strict Regard for Truth,
Attempted to Believe Matilda:
The effort very nearly killed her,
And would have done so,
had not She
Discovered this Infirmity. 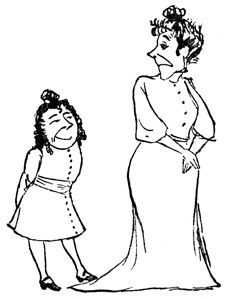 For once, towards the Close of Day,
Matilda, growing tired of play,
And finding she was left alone,
Went tiptoe to the Telephone
And summoned the Immediate Aid
Of London’s Noble Fire-Brigade.
Within an hour the Gallant Band
Were pouring in on every hand, 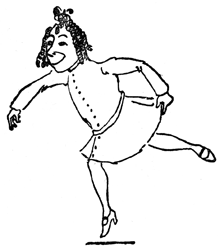 From Putney, Hackney Downs and Bow,
With Courage high and Hearts a-glow
They galloped, roaring through the Town,
“Matilda’s House is Burning Down!”
Inspired by British Cheers and Loud
Proceeding from the Frenzied Crowd,
They ran their ladders through a score
Of windows on the Ball Room Floor; 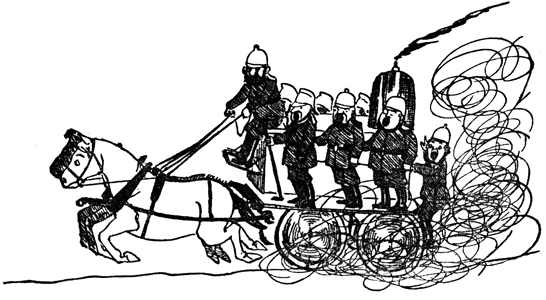 And took Peculiar Pains to Souse
The Pictures up and down the House,
Until Matilda’s Aunt succeeded
In showing them they were not needed
And even then she had to pay
To get the Men to go away!
It happened that a few Weeks later
Her Aunt was off to the Theatre 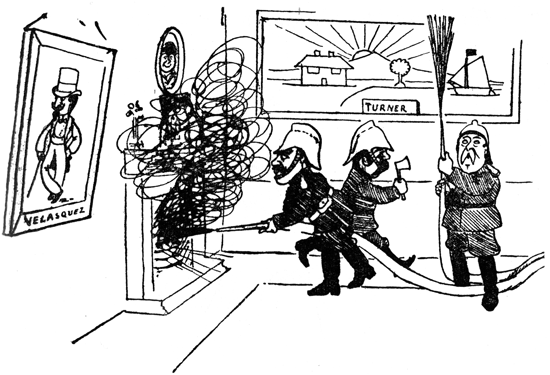 To see that Interesting Play
The Second Mrs. Tanqueray.
She had refused to take her Niece
To hear this Entertaining Piece:
A Deprivation Just and Wise
To Punish her for Telling Lies.
That Night a Fire did break out—
You should have heard Matilda Shout! 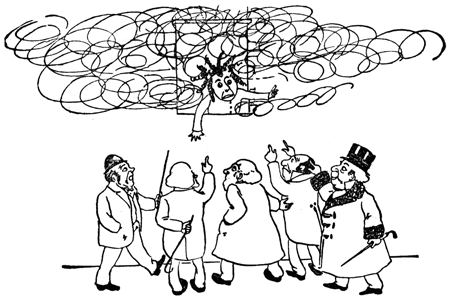 You should have heard her Scream and Bawl,
And throw the window up and call
To People passing in the Street—
(The rapidly increasing Heat
Encouraging her to obtain
Their confidence)—but all in vain!
For every time She shouted “Fire!”
They only answered “Little Liar!”

And therefore when her Aunt returned,
Matilda, and the House, were Burned. 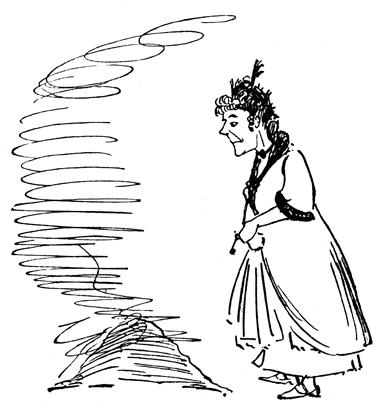 Hello, after reading this awesome article i am
too happy to share my experience here with mates.