Ardor Dept.: Let me show my love (and sling-free right arm) by offering dating advice to men for Valentine’s Day.

I ALWAYS SUSPECTED there was a secret. One day while in high school I discovered that my fellow-students had paired off, evidently in my absence. Even many of the pathetic losers, of which I was a de facto member, had a someone on the other side of a handclasp. 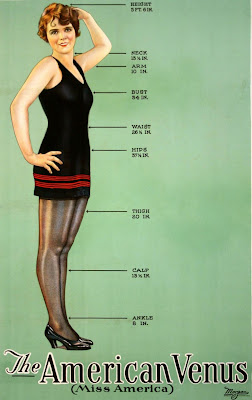 Only recently have I learned that there are three questions, often characterized as “stupid” or “simple,” guaranteed to turn women on and make them your slaves. Even better, the questions were discovered by “rogue scientists,” suggesting that a respectable combo of brains and unscrupulousness were at work. And we all know that mankind’s greatest scientific achievements can be credited to the Lex Luthors of the world.

Which means that romantic success is not a question of whether you as a human being appeal to the woman you fancy; it’s a question of manipulating her into your amorous clutches with the secret knowledge that can be yours for one low price of $69.99.

That’s all it costs to have Vin DiCarlo to teach you how. At least I think it’s all – I haven’t got the funding to explore the process of buying the so-called course. Like me, you may have been deluged recently with e-mails hawking the DiCarlo system – lately termed “Pandora’s Box.”

“Discover what she wants to hear,” cries the Pandora-hawking website. “It’s like you can read her mind!” Further along the page, you learn: “This is not a gimmick … it's based on cutting-edge psychology combined with real-world application. I was sick and tired of seeing rich or good-looking guys get all the girls … and nothing I tried or found online ever worked. I learned ‘the hard way’ why most ‘systems’ for meeting and attracting women don't work!”

And then the best part: “On February 6, 2010, three rogue researchers discovered a ‘loophole’ in the female mind.”

That’s it! There’s the secret! Who could dare, in this supposedly enlightened age, to come out and confront those uncooperative ladies with proof that the distaff brain contains “loopholes”? Vin DiCarlo, that’s who. Clearly the Glenn Beck of the dating world.

Ready to get started? “STEP 1: Pick a girl that you like RIGHT NOW. Be careful what you wish for – make absolutely certain it would be OK if she was helplessly in love with you and chasing you ... ”

And what, exactly, did those rogues in their lab coats find to tickle the feminine loopholes? The questions are:


1. What gives you the most fulfillment in life?
2. What is the one thing you would need if trapped on a deserted island?
3. What emotions will you experience when you achieve your most far-reaching goal

. . . . Which means that you’re probably not going to have a so-queried sexpot suddenly humping your leg. The system is a bit more complicated, and requires you to process the answers to those questions in such a way as to assign your inamorata to a “type,” as follows:
Once you’ve plugged all the info into the guides you’re given, you’ll be able to entice your now-transparent quarry into your bed no matter how unwashed and undesirable you may be.

All of which seems a terribly roundabout way of avoiding the most tried-and-true tactics: being honest and kind. But we’re a magic-pill, cult-of-the-expert society, which means there’s an army of witlings out there eager to grease the palms of charlatans in search of the newest nostrum.

Researching Vin DiCarlo online yields little. There’s the tantalizing info that his Wikipedia listing was scrubbed in 2008 for reading as too much of a marketing tool, and no end of websites are out there also hawking his goods in the guise of independent dating-service appraisers.

My favorite of that category is the trail of self-styled dating-advice expert “Ashley Kay,” whose website lovedelusions.com features inept videos of her talking head giving tautological advice, while  nakedtruthclub.com promises a “brutally honest” review of the DiCarlo system, with little more than a breathless encomium and a link.

DatingDr.com is another shill site, set up in 2012 but containing only one “review” of guess what, while there are similar “reviews” lurking in many other sites. I don’t want to link to them. I don’t even want to call further attention to them.

But I do want to note the disturbing phenomenon I uncovered. There’s a sadly large number of websites and online discussion boards devoted to the “pick-up artist,” a category of guy I thought had vanished about the time we stopped wearing spats.

Not so. They’re out there. And perhaps it’s just as well. They’re the ones spending Valentine’s Day in front of a computer screen. Me? I’ve got a date. It took only a single question.
Posted by B. A. Nilsson at 5:57 PM