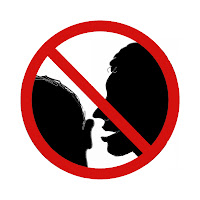 LIKE DON BASILIO'S calunnia, it begins as a susurrus, intruding over the sound of the entertainment in front of you. Soon enough it achieves its full volume. It was never any less, but your brain refuses to admit to you a couple of things. One: People behind you actually are talking. Two: They’re not going to stop.

This is most common in movie theaters, which I’ve all but ceased to patronize because of the aural discomfort. Oh, hell, let’s throw in the texters, too, their pasty faces made pastier by the light of their silvery screens. But they also attend the concerts and plays I attend to enjoy and, often, to review. Perhaps the frequency with which I hit theater seats means I’m subjected to it more often than most. I’ve already bitched in these columns about the octogenarian classical-music crowd and their damn candy wrappers, but it’s the talkers who once again exercised me today, with a fascinating wrinkle.

The scene: Albany’s Spectrum Theater, the area’s cinematic art house. I begrudge them not the nuisance of sharing a line with overchatty “Hunger Games” attendees. That’s how the Spectrum pays the bills, and allows me to seek out such fare as the NT Live production of “The Comedy of Errors,” which played today.

The talkers were across the aisle and a couple of rows back. It began with a woman’s wretched whisper, hushed only in timbre, the words themselves annoyingly distinct. I dislike even a hint of conversation, but I approach the initial instance with the hope that it’s merely a vital but one-time event. This, however, approached monologue length before it ended.

That, I ardently hoped, was that. Even that much was enough to launch me into a silent uproar, part of my consciousness wrenched from the entertainment to police the unseen offenders.

When the talking resumed, it was a man’s voice, speaking quickly and only half quietly. And that was enough. I leaped from my seat and loomed over the offenders, their startled eyes about all I could make out in the gloom. “Stop. Talking,” I declared. They continued to goggle at me, so I added, “Shut up.” And eased back into my seat, my pulse racing from the unpleasantness of being so confrontational.

Suddenly a shadow loomed by my side. It was the male half of the twosome, who hissed, “You could have tried being polite.”

Polite? Polite? I thought in the furious instant before I spoke. You’re the inconsiderate asshole who crossed the line of politeness when you started yacking. I have to ask you politely to put a sock in it? I responded in a manner true to my nature. “Sit down,” I told him. “Shut up.”

I’m thinking that this kind of cockiness might be trending. Last summer I endured a foursome of talkers at the Saratoga Performing Arts Center during a performance by the Philadelphia Orchestra. Well; endured it for only a symphony-movements or two, before hauling myself back the couple of rows to confront the offenders. Who did, to their credit, stop talking – but one of them confronted me on our way out.

“You know,” he said. “You didn’t have to wait so long to tell us there was a problem.” I was speechless, so he added, “I mean, you were probably pissed at us for quite a while.”

I remained nonplussed, an uncommon affliction. What startled me then, and continues to be a surprise, is the sense of entitlement creeping in. The SPAC guys conveyed a sense of “it’s okay unless you stop me.” The Spectrum guy believed he needed his breach addressed politely. All of them should muzzled like Papageno, and I demand to control the key.

Believe me, I feel the onset of old fart-hood. I’ve always been cranky about this subject, but it does seem, as my hair whitens and my beard turns grey, as if I’m now taking on the rote ranting of the elderly.

But the elderly are by no means practitioners of silence. Many years ago, my wife and I were in the audience for a matinee of “Kiss Me Kate” at a long-gone theater called the Starlight, into which limped a succession of tired, in-the-round events. This was early in my reviewing career, at a time when I still affected a sports coat to such events.

Several rows behind us, an argument erupted between an couple of golden-agers. Their words were indistinct, but the nastiness of tone was easy to discern. His voice sounded guttural snarls; hers was a series of yappy-dog squeaks.

Somewhere around the song “So in Love,” I made my way back to their seat and told them to knock it off. Because I was wearing a jacket, I felt emboldened to add, “I’m with the theater management, and if you keep this up, I’m going to have to ask you to leave.”

That silenced them. But only for a while. The show was approaching “I Hate Men” when their argument had fully re-bloomed. Back I went. “That’s enough,” I told them. “We’ve gotten too many complaints. You have to go now.” They obediently rose and I escorted them to the top of the aisle and saw them shamble away. If only all audience idiots could be so cooperative. Better still, just shut the hell up.
Posted by B. A. Nilsson at 10:43 PM

I love this one too. Susan