From Somebody Else’s Vault Dept.: Here’s an unsigned piece from the Chatham (NY) Courier’s “Rough Notes” section. That it comes from nearly 90 years ago seems incredible. It could have been written yesterday.

THIS IS THE SEASON for tourists to stop at carefully restored old homes, castles, etc., for the guided tour and the spiel that often goes like this: “G’afternoon, everyone, and welcome to the 4:15 tour of Sprawling Mansion and Palatial Gardens. My name is Jeri and I’ll be your guide of one of New York's most historic landmarks which – after a 13-minute stop – should.get us back here by approximately 5:27. 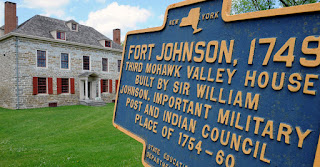 Remain with the group at all times and I don’t mean the fringes. Dawdling is prohibited by state law. Anyone who goes into a roped-off room will be apprehended by a Landmarks Commissioner. Refrain from touching anything, take pictures only in designated Snapshot Areas.

There will be 17 opportunities for Personal Looking. When I’m not talking, feel free to gaze at Official Interesting Things, marked by placards, along the way. Avoid poking your head around a corner before others arrive. You will be given the signal to advance 2½ steps into the next room, then halt. Speak only in hushed tones so as not to disturb the antiquities. No sitting down except where yellow stickers mark Official Tired Zone. Leaning is hazardous except in posted Slouch Areas.

Now we’ll get started and if you have any questions, hold them to the end of the tour when you really don’t care any more. You are now standing in the Grand Foyer and you may note that my voice is almost inaudible as the design of the house was built to withstand the sound of thunder, artillery fire, and children.

According to legend, the owner of the house, though bootless and unhorsed, and the daughter of the stableman were lovers, but this was unlikely as she was only seven at the time, but people were much smaller then. Now watch your heads as we enter the Formal Sitting Room. In this period, the average person was only three feet tall. We think of this today as ‘tiny’ but then it was considered fashionable or cute.

Much of the Manor has been carefully preserved while other parts were restored. Now we don’t know which is which. Well, we are now at the halfway point, and by lucky coincidence, at the Post Card and Shack Shoppe, where you have 13 minutes to buy our Official Mansionfurters and Designated Tour Memories ... For those who wish, the ladies rest rooms are, etc.”