The Sound of Silents: The Charles Chaplin Film Music Anthology

MY FIRST VIEWING OF “CITY LIGHTS” took place in a midtown-Manhattan revival house in the mid-1970s. I went to a midday showing with a high-school friend who had landed a job with a nearby ad agency. The half-filled theater was populated by men, mostly, men in business suits, taking, I suspected, an extra-long break from the workday. 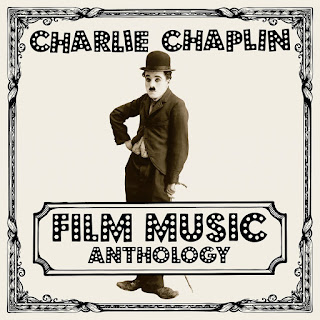 What knowledge I had of Chaplin’s movies was gained from TV showings of his silent shorts, movies that had been mangled over the years and were interrupted by commercials. I fell in love with them anyway.

“City Lights” transported me to a very different place. Now I was enjoying Chaplin’s work with an audience around me, raising the delight factor even as the shared laughs caused the timing of the gags to land as they were intended. Released in 1931, it was a silent movie thumbing its nose at the newly born talkies. But it wasn’t at all silent.

Chaplin long had been telling his stories with little or no dialogue. Part of his genius lay in using the constraints of the screen and the versatility of framing and cutting to convey or heighten the emotional changes that inform the universe he evolved. He knew that pathos and comedy effectively complement each other, and combined them to greatest effect in “City Lights.”

And so something magical and completely unexpected occurred in that midtown movie theater. Having laughed our way through the vicissitudes of the Tramp’s attempts to raise money for the operation that will cure his beloved’s blindness, we’re aching for a sweet, sentimental pay-off. The poor tramp has gone through (hilarious) hell to get her that cash, and is mistakenly arrested and sent to the slammer just after he pays her. When he emerges, months later, it’s to discover that the operation has been a success: she runs her own flower shop. The score happily quotes the José Padilla song “La Violetera,” which has been her motif throughout the film.

She catches sight of the funny-looking fellow who’s on the other side of her window, and the music changes to a sentimental solo violin, again repeating an upbeat tune we’ve heard before. But when she emerges to give the tramp a coin and a flower, the music changes again, to a soft keening of high strings as she touches his hand and realizes he was her benefactor. It’s the most devastating juxtaposition of sight and sound in all of motion pictures, a punch in the heart that pushes out tears you didn’t know were in you. I didn’t want to be seen crying; neither did the friend sitting next to me. Neither, for that matter, did any of the other men in the theater, but you could hear the attempts to suppress sniffles and more than a few involuntary sobs. And you could feel the collective heartache as we saw our deepest fear – being seen for what we truly fear we are – played out so vividly.

That final sequence of music is stark in its simplicity and Wagnerian in its import – in fact, it’s mildly reminiscent of the “Lohengrin” prelude Chaplin would borrow for a famous sequence in “The Great Dictator.” But it’s pure Chaplin, as demonstrated in the new “Charles Chaplin Film Music Anthology” released on two CDs by the Chaplin estate. “City Lights” was the first of his films to sport an original score, and all of the ones that followed were scored by him as well. He also went back to some of his older movies and wrote music for them.

The right music deepens characterization and conflict. Although some big-budget silents sported customized scores, they had to be entrusted to an orchestra. For the smaller houses and pictures, silent-movie keyboard artists developed a repertory of familiar tropes that encouraged emotional response.

Synchronized sound changed all that, but the scoring for the talkies soon eased into the background. Not so with “City Lights.” Chaplin created an underscoring that was as much of a character as any of the actors in the movie. It ran a gamut of style and mood, from a satirical mocking of pompous oration to the elegant waltz-time number that accompanies his study of a window display of “September Morn.” You won’t hear the Padilla song (there was a lawsuit), but there’s the pleasant two-step that introduces the city, the crazy syncopation for a busy nightclub, the fanfare that announces each change of occupation or venue.

“Modern Times” was Chaplin’s next feature. Released in 1936, it was a defiant dinosaur, clinging to subtitles even as Hollywood was giving us fare like Frank Capra’s “Mr. Deeds goes to Town” and the Astaire-Rogers musical “Swing Time.” “Modern Times” was the Tramp’s last hurrah, and he went out in style. He didn’t speak, but he sang, a gibberish number (based on a music-hall number titled “Je cherche après Titine”) for which you’ll also find the lyrics in the brief but incisive booklet.

But this film score also represented a huge leap in Chaplin’s facility. The underscoring is wittier and more complex, even as it retains the compelling sentimentality that marks so many of his compositions. “Modern Times” is, after all, the source of what became the hit song “Smile” when it received retro-fitted lyrics. But here you’ll also find the wonderfully hectic factory music, a stirring march based on “Hallelujah, I’m a Bum” (not the Rodgers and Hart version), and a goofy chromatic down-and-up sequence that could have come out of Marvin Hatley’s book for Hal Roach.

“The Great Dictator” was a talkie, and its original score included borrowings from Wagner and Brahms for some exquisitely timed sequences. Also included is the still-polarizing speech that concluded the movie, an inspiring polemic that unfortunately has only grown more relevant over the past 80 years. Seven years later, Chaplin made another speech, this time in the wickedly funny “Monsieur Verdoux,” where his indictment of humanity takes a more personal (but still relevant) tone.

You’ll find a parallel to Chaplin’s compositional style in the music of Noël Coward, Chaplin’s near-contemporary, which reflects the fact that both were strongly influenced by the music-hall fare of comedy and shameless sentiment that they grew up with. For Chaplin, this culminated in his score for “Limelight,” his 1952 paean to those traditions.

Listen to his song “The Animal Trainer,” which he wrote for sings in the film, and you’d swear it was from 1914 – which is when the sequence is set. It’s a virtuoso piece of writing. If that song isn’t better known, it’s probably because “Limelight” fell victim to the hysteria that hounded Chaplin out of Hollywood, the McCarthy-era idiocy that keeps finding fresh energy in these United States.

Chaplin moved to Switzerland. He made only two more films – “A King in New York” and “A Countess from Hong Kong” – but wrote scores for many of his classic pictures. “King” boasts more of his deft pastiche work as he salutes the pop sound of 1957 with the animated “Juke Box” (sung by Shani Wallis) and the mournful “Now That It’s Ended,” which could easily have been a Johnny Mathis hit. He was even able to create a credible country-western song (“Texas”) to add to his new score for his 1923 short “The Pilgrim” – and he even got the under-remembered Matt Munro to record it.

Selections from them all are here, all from the sessions created for the movies. While there’s much to enjoy in the lavish stereo recordings put together by the likes of Carl Davis, the “Charles Chaplin Film Music Anthology” is giving you the tracks that have been imprinted through our repeated viewings over the years. It’s a delightful and very welcome set. Acquire it; give in to it. Enjoy the merriment. Embrace the sentiment. And remember to return to these wonderful movies whenever possible. They continue to remind us that the world’s a better place than we often fear.