The Conscience of the King

HARVEY SACHS WROTE THE DEFINITIVE BIOGRAPHY of conductor Arturo Toscanini in 1978. He just did it again, this time producing a book that’s about two and a half times longer. The first book did much to straighten out the conflicting stories hanging in the air, moderating the exaggerations and dispelling the lies that accrued in the wake of a career that spanned nearly 70 years and made Toscanini the most famous conductor in the world. But we should have know there would be more. As more Toscanini-related material emerged over the years, Sachs wrote a series of essays for a variety of publications, many of which found a home in his Reflections on Toscanini in 1991. 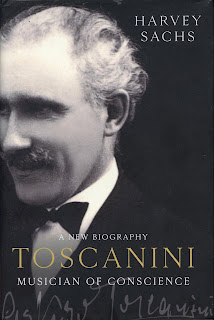 But it was The Letters of Arturo Toscanini (2002) that broke the information dam. Sachs selected and edited about 700 letters, most of them recently discovered, giving a much more confessional look at the conductor’s career. Taken by themselves, the letters – many of which were written to a handful of mistresses over the decades – are emotional snapshots of a man with a mercurial temper. The final ingredient in the new biography is a series of recorded interviews that the conductor’s son, Walter, made without his father’s knowledge during Toscanini’s final years of life.

Why do we need a new biography? Toscanini: Musician of Conscience is the title of this tome, giving one answer to that question. The story that emerges – more ruggedly than ever before –  reinforces the maestro’s commitment to human rights, from his refusal to conduct in Mussolini’s Italy and Hitler’s Germany to his recommendation of African-American conductor Dean Dixon as a guest conductor of the NBC Symphony (something that didn’t please all of the players). Another reason is that we still need relief from Joseph Horowitz’s 1987 screed Understanding Toscanini, which threw the maestro under the academic omnibus of Adorno-styled revisionism.

Born in Parma, Italy, in 1867, Toscanini learned the cello at a local music school, and gained enough proficiency by the time he was fourteen to begin playing in the orchestra at Teatro Regio. He was fascinated by the process of composition, not only writing a few pieces of his own but also studying scores with such concentration that had them memorized in no time. “His memory was photographic,” writes Sachs. “He himself said, in old age, that he didn’t really understand how he memorized ... Many accounts of Toscanini’s life state that he developed an exceptional memory because his vision was bad, and he later admitted that he had never bothered to deny the story, just as he rarely bothered to comment on anything else that people reported about him.”

This sets the stage for his extraordinary conducting debut, at age nineteen, in Rio de Janeiro when he was persuaded to move from his cello seat to the podium to lead a touring group in “Aida.” He had never conducted before, but so successful was the performance that he finished the tour by conducting eighteen different operas.

He returned home. And then: “I started to play the cello again. I didn’t feel important enough to think of myself as a conductor yet.” But a tenor in the touring group thought otherwise, and financed Toscanini’s subsequent trip to Milan, where the young man so impressed the composer Catalani that Toscanini was immediately engaged to conduct his new opera “Edmea” in Turin.

Toscanini spent much of his career conducting opera during a time when premieres were preferred to revivals. Among the many, many notable instances of the former was the premiere of “La bohème” that he led at Regio in 1896; by 1902, when he had been principal conductor at La Scala in Milan for four years, he was able to justify the latter by conducting an acclaimed revival of “Il Trovatore” at a time when the piece was considered much too old hat.

This underscores an important facet of the conductor’s career: for many decades, he was conducting works by his contemporaries. When he took up the music of Debussy, for example, those works were disliked by many, but Toscanini became an unapologetic champion. He was still something of a maverick even by 1935, when he conducted a six-concert Brahms festival in New York: during an intermission talk, critic Lawrence Gilman all but apologized for the programming. (Gilman wrote his own book about Toscanini three years later; as Sachs notes, it’s “valuable today mainly as a cultural artifact.) If the likes of Bartók and Hindemith were absent from his repertory (never mind the Second Viennese gang), it’s understandable. It would have been like asking my own grandfather to enjoy The Beatles.

We know Toscanini based on his recordings, most of which were made during his tenure with the NBC Symphony, which occurred when he was past retirement age (and he had been considering retiring, following a long stint with the NY Philharmonic). Many of the recordings are mediocre-sounding even by the standards of the period (they span 1920 to 1954), but even the worst of them reveal the unprecedented dynamicism and control the maestro wielded. He changed the nature of opera performance before recordings could be made; his later years, devoted to the orchestral repertory, gave us Beethoven symphonies and Wagner excerpts that sound more “right” than anything before and much that’s been recorded since. 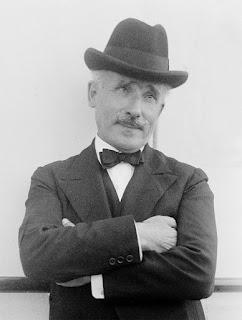 Toscanini lived and worked in the decades when the music he conducted was more central to our lives, when a symphony orchestra broadcast could sound weekly on a major network, when a conductor could repeatedly make the cover of Time magazine. Horowitz insists that Toscanini’s fans were a manipulable cult, swayed by commercial forces. It’s a perspective shorn of the complexity of historical context, colored instead by the circumstances of Horowitz’s own time. Sachs’s book is careful to give us those contexts, to help us appreciate the role of opera and instrumental music in each of the many times and places in which Toscanini worked. The timing was fortuitous. The conductor’s fame spread ever more quickly and widely, and he justified that fame in each new city.

Each phase of his career is filled out by the recently acquired letters and interview. Where the letters collection itself can seem coarse and repetitious, the excerpts chosen to support this biography add an entertaining flavor to the mix. Scholarship is archeology: Sachs also brings new insights to such issues as Toscanini’s relationship with conductor Wilhelm Furtwängler (Toscanini was more supportive of the putative Nazi than was earlier thought, although the relationship eventually soured) and a very thorough telling of Toscanini’s opposition to the governments of Mussolini and Hitler.

The conductor had a lifelong devotion to the music of Wagner, and, beginning early in his career, conducted many of that composer’s operas. His dream was to do so at Bayreuth, and he realized it in 1930, to almost unanimous acclaim. He was invited to return each successive year, but he refused to do so in 1933, when Hitler became Chancellor of Germany, and instead added his voice to the voices of opposition. He continued to conduct in Europe, but, as Sachs points out, many of those concerts took place in countries adjacent to Germany, until Toscanini all but circumscribed that country with his itinerary.

Toscanini’s passions were realized not only on the concert stage but in the rehearsal hall, with outbursts of temper that would be considered intolerable today, but which seemed to leave his players unfazed, once they got used to him. And they were realized in his series of love affairs. He remained devotedly married to Carla, whom he wed in 1897 (she was just shy of 20) and lived with until she died in 1951, but he poured out his heart in letters to the other women, particularly Ada Mainardi, a pianist 30 years his junior when they met. Although his romance with soprano Geraldine Farrar seems to have ended when Toscanini left the Metropolitan Opera  in 1915 (she was pressing him for marriage), they may have resumed at least a friendship in later years, because it was rumored, in my home town of Ridgefield, Connecticut, that Toscanini brought the NBC Symphony to that town for concerts in 1947 and 1949 in order to visit her. Whatever the case, the idea of that so scandalized a local librarian that she kept Toscanini information in a locked closet – or said my high-school music teacher, who lived next-door to Farrar.

If a more definitive Toscanini biography is ever to emerge, it will require the use of a time machine. Sachs not only has captured the man’s life and work, but also the compelling spirit that drove him to study and re-study the music he loved and was driven to share. And the book is beautifully crafted. It’s organized in a sensible, readable manner, and Sachs writes with a precision too often absent in what passes these days for prose. And, once you’ve finished it, you’ll find notes and lists in the online appendices.

You can hear and see Toscanini at work on any number of YouTube videos; what film there is derives mostly from a series of late-’40s televised concerts, with maestro leading an orchestra sporting sunglasses to shield them from the excessive lighting that was needed. Toscanini’s movements are often minuscule, and his concentration is amazing. He really was some manner of conjuror, as the musicians who played for him often claimed. Ridgefield was also the home, for a couple of decades, of conductor Frieder Weissmann, to whom I was introduced one day back in the '70s. “Dr. Weissmann knew Toscanini!” the friend who introduced us exclaimed. “Ah, Toscanini,” Weissmann said reverently. “He conducted with his eyes.” Weissmann gave a piercing stare in imitation, than shook his head in bafflement and had no more to say.