It’s All in the Mind

From the Vault Dept.: I was delighted to travel out to the Washington County lair of Tom Lopez in 1990 to interview the man behind a series of radio dramas I’d enjoyed. And he’s still going strong – you can find more info at his website.

IN TOM LOPEZ’S WORLD, characters trade snappy, pun-filled repartee over a music score that crackles with ironic counterpoint. Whether the adventures take place in the heart of the Amazon rain forest or in an extra-galactic city of organic shopping malls or even in nearby Saratoga Springs, we’re sure to meet a sharp, hip collection of people. And they all come to life only as voices because Lopez is a writer and producer of radio shows.

“Tape is my medium,” he suggests gently. “Radio is my gallery. Although I shouldn’t say that – some stations get offended.”

He speaks quietly and moves with litheness. This is a man whose past is as complicated as you’d care for one to get, a former sound engineer for Yoko Ono (“I left two months before she met John”) who now lives with his wife, Marcia, in the solitude of a Fort Edward farm and runs the ZBS Foundation, a state-of-the-art audio production facility.

Tom has toured South America and the Far East with his tape recorders, capturing sounds so vivid and exotic that he’s gotten many requests from sound effects producers to sell the tapes.

“I don’t want to do that,” he says. “I like having my own unique collection. If I want footsteps on a particular surface, I probably have it. In Ruby 3 I use a recording I made in Africa with hippos snorting in the background to get this weird sound for a special location. You don’t know what it is, but it sounds great!”

Ruby is the “galactic gumshoe” whom Tom first sent sleuthing ten years ago. Her current adventures, the third series, “are just hitting the air now. We know of about 120 stations that will carry it, and it could go as high as 160.”

Thanks to his creative funding arrangements, Tom can make the programs available to stations for no money, “but it gets exhausting calling them to try to get them to take it. There are over a hundred hours of radio drama a week raining down free from that satellite, and there’s only about five hours of open time on a given station.

“Those few markets that do air radio drama want something that will run every year, week after week. Funding for anything less than 13 weeks is tough. Ruby 3 is a 20-week series. Doing these as half-hours is taking a chance. Los Angeles is the best market because people spend so much time stuck in their cars. New York is the worst market.”

Two phenomena are combining to create the problem, one of which has to do with business. “Since the Reagan years, everyone wants to play it safe. They’re not into taking chances. They have this phrase ‘risk taking,’ and they’re all worried about that. I know it’s just the period we’re in.” He laughs. “It’ll probably get worse.”

The second is audience development. “People don’t know how to listen. Commercials have set the pace for everything on radio and TV. It’s even changed public radio, which has abandoned the hour and half-hour documentaries in favor of having all the public affairs shows sound like All Things Considered.”

Marcia, whose business is transpersonal psychology counseling, got involved in her husband’s business by co-scripting Ruby 3. (“She’s great with plots,” says Tom, “which have always been a problem for me. Dialogue is easy. Once you have the character, it’s no problem.”) She’s also encouraging him to open up his marketing to include more aggressive bookstore sales.

“A distributor has the first Ruby series in the bookstores and it’s been getting some fair sales,” he says. “Who knows what’s going to move? Name authors reading name titles – that works very well. We put out a production of a Stephen King thing for a horror series on NPR, a story titled ‘The Mist’ that’s never been done as a movie. Simon and Schuster put it in the bookstores and we got about 70,000 in sales, which they never expected. We produced it using a special three-D technique for headphones listening, which went over well: there were comment cards in the packages and we got about a thousand of them back, most of them saying how much people loved the sound sophistication.”

A recent ZBS series titled “Saratoga Springs” took us through a whimsical version of the nearby town, even including Saratoga’s own Lena Spencer in the cast. But it never aired in the area. “I doubt if anyone around here heard it. WAMC won’t air my stuff, which bothers me a little. But I’m getting used to it. It played in every major metropolitan area in the country except here. I get a lot of support from stations in the L.A. area, stations that put up a lot of money for these and broadcast at least two hours of radio drama a day.”

Not surprisingly, Tom is an enthusiast of some of the old-time radio programs. “There was as much junk on then as there is now on television, but some of the radio material, especially the comedy, was brilliant. Jack Benny had a great show. So did Edgar Bergen and Groucho Marx. The series ‘I Love a Mystery’ still holds up very well. My series ‘Saratoga Springs’ was based on the old Fred Allen show, ‘Allen’s Alley,’ using the idea of a character who walks from one situation to another.” 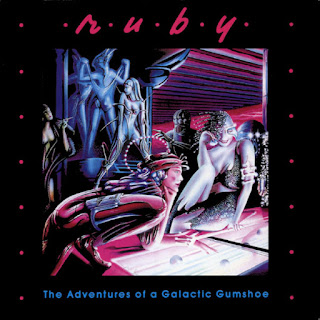 In school in the late 1950s, “I was a media major in television, which even then I could see was getting worse, even with things like ‘Your Show of Shows.’ Of course, I thought then that radio was absolutely dead. I bummed around for a while, spent six years in Berkeley in the 1960s.” He pauses, grins. “That was fun. I took off to London and picked up a tape recorder along the way, and I got fascinated with it.”

Following two years with Ono, Tom returned to the U.S. and worked for a Public Radio station in Philadelphia, “doing a live show with some recorded bits I wrote and produced. I liked the pacing of commercials and worked at a station in Montreal for a while, making commercials. Then I ended up here in 1970.”

ZBS Foundation began as a commercials-making enterprise, with groups like Jefferson Airplane among the clients. “What was emerging was this idea of working with tape, telling stories like I did in Philadelphia.”

He blends new and traditional technology in his studio. He has digital recording equipment, but prefers to edit on analog tape for the tactile – and artistic – pleasure. An adjoining studio has a forest of microphone stands and booms, along with a scattering of items recorded for sound effects purposes: oil can, old-style crank telephone, seltzer bottle.

At his own pace and in his unique style, he snips tape to weave his product. “Radio is a new old form. We’re seeing technology change every month. But bad radio productions will always be boring. We try to keep people’s attention.”

Independence is one of the most important ingredients: “There’s no-one above me telling me what to do. I don’t have to take orders from some jerk executive producer in public radio. You get spoiled not having a boss in front of you.”