From the Spattered Pages Dept.: Here’s the second installment of vintage cookbook roundups (part one is here). Well; not that vintage. It’s a selection of cookbooks I found compelling as 1993 drew to a close.

EVEN AS HOLIDAY COOKING gives you a chance to enjoy evocative seasonal dishes once again, it’s an opportunity for inexpensive travel. Explore the cuisine of a different part of the country or of a different country altogether, and you’ve learned something special about that culture. 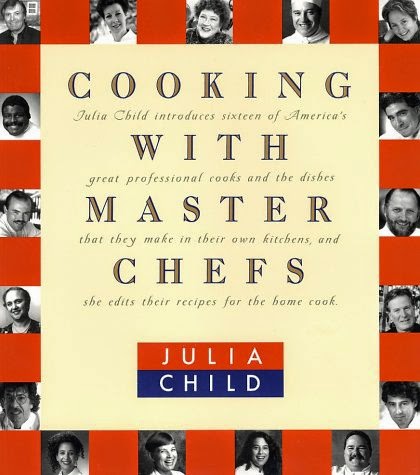 Although the chefs Julia Child visits in the course of her new book are all based in this country, six of the 16 were born elsewhere and most of the others have travelled widely in gastronomic exploration. Cooking with Master Chefs is a companion to a new PBS series that you really won’t need to watch after reading this. Learning to cook from television is an odd conceit anyway; cooking is a tactile, participatory art – the direct opposite of what TV encourages.

So take advantage of this book’s tour of noted chefs and their signature recipes. And learn about each chef’s background and attitude as you do so. You’re not simply cooking Green Olive Tapenade with Alice Waters of Chez Panisse; you’re also learning how she revolutionized menus across the country with her emphasis on absolutely fresh ingredients. Each profile is accompanied by three to six recipes geared toward home preparation without compromising on the intricacies of particular dishes.

It’s unusual for author Child to take such a back seat, but you’ll hear her voice come through in interviews with Jeremiah Tower (Stars), Lidia Bastianich (Felidia), Andre Soltner (Lutèce – see below), Jacques Pepin (chef at large) and others. Recipes are clearly laid out with frequent sidebars of helpful information. 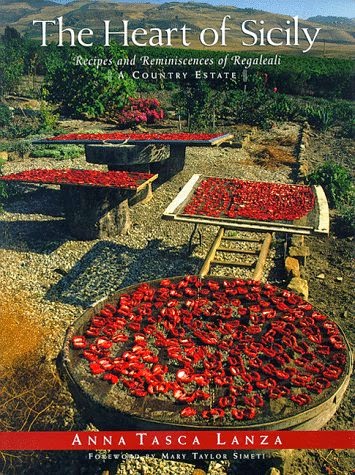 Often it’s the accompanying information that makes a recipe stand out, and that’s one of the pleasures of The Heart of Sicily, which actually focuses on the Tasca family estate known as Regaleali. Using a season-by-season format, Anna Tasca Lanza’s book describes life on the estate and in the village with a bounty of appropriate recipes. And a look at traditions in danger of disappearing, such as the making of estratto di pomodoro, a tomato sauce that’s dried in the Sicilian sun, the making of which “provided great entertainment for the farm workers who came by to watch me and offer their opinions, never saying what was really on their minds, of course--that I must be crazy to put myself through all this.”

The photographs alone are gorgeous, showing not only food and food preparation but also scenes of the estate and the countryside. Regaleali is as much as style of living as a place on the map, and this book serves both well.

A mixture of photographs and art reproductions characterizes The Heritage of Chinese Cooking, fourth in a series of oversized, beautifully packaged volumes from Random House that looks at the history of a culture’s gastronomy course by course – with plenty of recipes. Understanding how a particular style of cooking evolved is extremely helpful when faced with preparing an unfamiliar dish, and many of these aren’t even familiar from Asian restaurants. 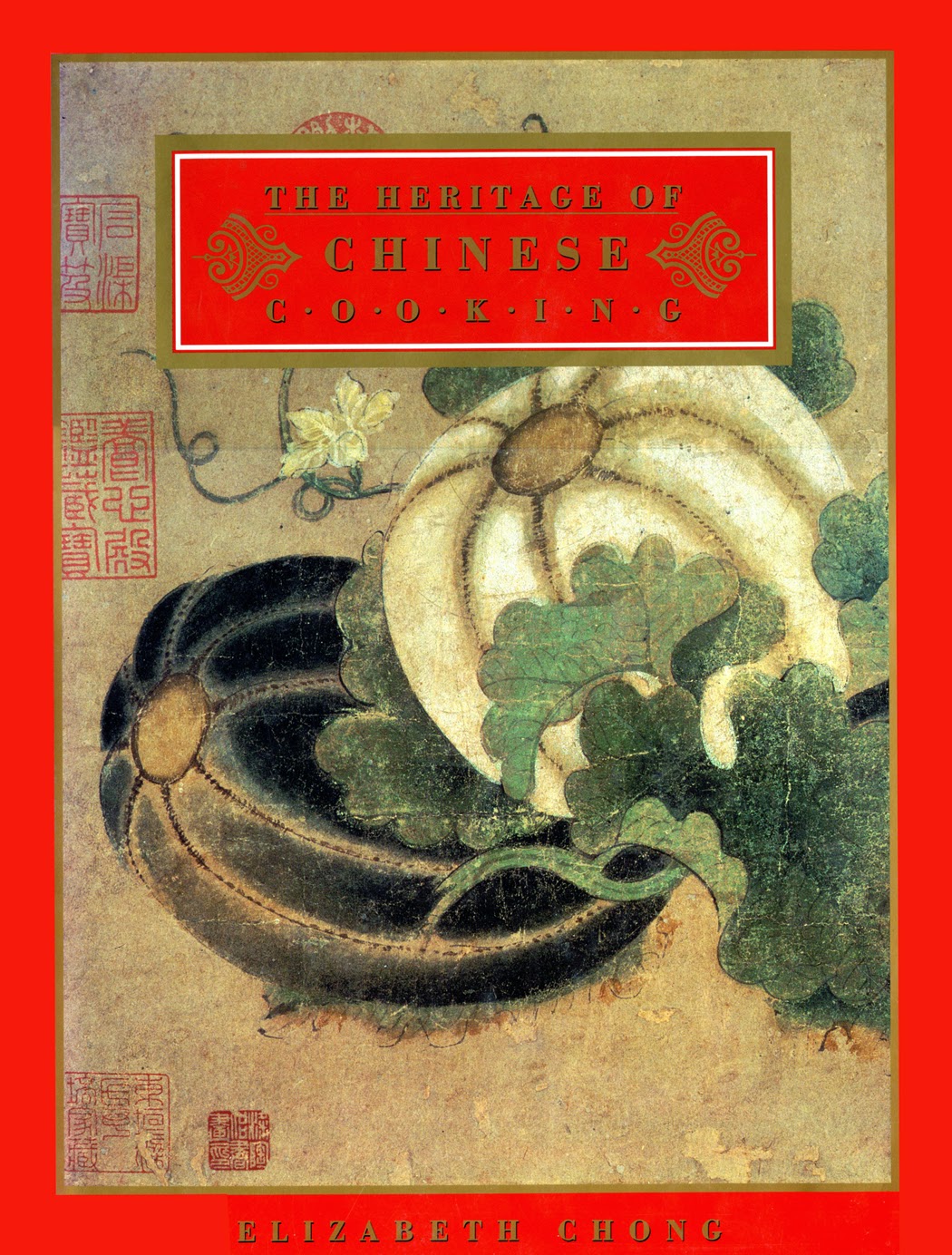 Author Chong does a fine job of ranging among the various provinces of China as she weaves her narrative through the courses of a meal, and each of the 168 recipes boasts a dash of that explication as well. The general introduction and the chapter beginnings alone are worth the price of the book – they give you a fairly complete education in the history of Chinese cookery. But the food styling is so good in the many photographs (each recipe has an illustration) that you won’t be able to resist trying your hand at them.

Most of the great chefs research that way: they gaze at cookbooks and mentally develop ideas the recipes provide. But a great chef then puts a signature on a dish. This is what makes Andre Soltner, of Lutèce, so outstanding, and has kept his restaurant so highly rated for over 30 years. Irene Daria’s study of Soltner and his restaurant is subtitled “A Day in the Life of America’s Greatest Restaurant,” and explores a lot of history, interaction, preparation, and just plain chaos over the course of a single day. 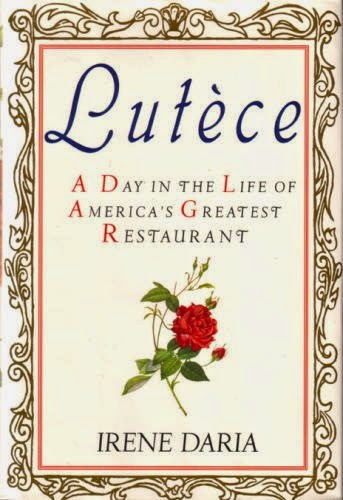 Restaurants are really another form of show business, so this reads like a good theatrical novel. And it has recipes, besides. Soltner is doggedly French traditional in his cooking, which requires a lot of preparation – much more than our fast-food culture can tolerate. But among the cognoscenti, his old-fashioned approach still pleases. This book tells us why, and does so with a grace and  energy well-suited to the subject.

Restaurant people will instantly identify with all the behind-the-scenes color, but anyone who’s ever been curious about what goes on behind the swinging door will find a good account here – one that demystifies as well as celebrates. The hard numbers are given, the little mistakes are portrayed, but all in all it’s as good a show as you’ll find on nearby Broadway. Better, probably.