Epistolary Outpouring Dept.:Here’s a letter to my wife that I just found in the archives – nice how easy it is to retain an electronic version – that describes an encounter where this young woman ... but read it and learn for yourself. It dates back four years.

YOU’LL WANT TO ADMIRE the nail of my right forefinger. It has been buffed to a fare-thee-well by a doughty salesdoll named Aliona, whose bottle-fed red pageboy and almond eyes would charm the frown off the face of even the most constipated Cardinal – but she turned her lamps on me as I hefted my way through the upper story of Crossgates Mall, proffering a takeaway packet of hand lotion and asking, “Is there a special lady in your life?” 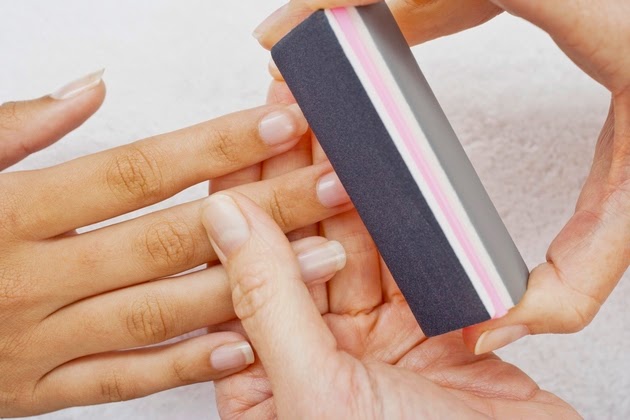 “We’ve been married for over twenty-five years,” I said. “I don’t know if that qualifies any more.”

Undaunted (and unamused), she persuaded me to have the aforementioned fingernail polished, which wasn’t difficult as I had just jettisoned Lily and Emma from my orbit and had been admiring all the hi-there-springtime décolletage on generous view.

Although it was at times difficult to understand Aliona’s patter, she evidently having been recently Englished, I got the gist that this product, which looked like a large eraser, contained on its several sides all that was needed to knock my nails into opalescent luster, reinforced by a dab of something-or-other, impervious to the likes of acetone.

And it was but one component of a three-pack of goodies (placed in my hand, of course, as sales training teaches you) that included a hand cream designed to remove all the ravages imposed by this lifetime and several ones previous, and a jar of something else I didn’t quite catch the purpose of, although whatever it did was fabulous and better and fantastically cheaper than any competitor’s version. This while she massaged it in and around and through my fingers, cooing so admiringly of my mitt that I was almost inclined to believe that this knobby, wrinkled, flaking, scabrous flipper was in fact some Platonic ideal.

Now. Easter approaches, with Mother’s Day not far behind, and (no, no, don’t put the package down, here it is again, hold it, admire it) this would be a wonderful and unique gift, don’t you think?

Yes I do. I’m afraid I won’t be buying it. But tell me its price. Of course it lists for $150. I would expect nothing less. But for me, today, Easter special –

Wow. Generous. Still, I’m not buying anything today. (And, oh, I felt like the world’s most awful bastard, she having lavished such care on my fingers.)

But Byron (of course she knew my name by now) – I can offer you something even more special. I want you to promote our product, to tell your friends. That’s why I can give it to you for – And this she showed to me on a calculator screen, as if she had danced some Byron-specific algorithm across its buttons – $24.95.

“That’s very generous of you. I’ve worked in retail sales,” I said. “I know how ugly the job can be, and you’re doing terrifically. I’m not buying anything today. But thank you for taking the time to show me this.”

She must have thought she had a live one. Certainly the hand-massage-on-the-middle-aged-fat-guy technique is persuasive. The sparkle drained from those eager eyes and she muttered an aggrieved farewell as I departed.

I dodged a brace of charity harpies lurking at the Best Buy corner as I strolled away – “Feed the children!” they called as I approached. “No thanks!” I replied, again revealing my bastardy.

Now I sit in the coffeeshop area of Borders, where I turned down the chance to donate – for a very small fee – a bag of coffee to the troops. I sat here to sip coffee and work on my book, and you can see how productive I’ve been.