COULD IT BE A MASTERPIECE? Is it possible that this thing, fashioned from whole cloth by one or more creative souls, has achieved a rare level of finished perfection?

It’s hard to tell. Most of the critics have been divergent in their opinions, each of them finding some manner of fault. The one who lauded it with unstinting praise seems – what? Uninformed, perhaps, lacking the critical apparatus to see through its surface sheen and into its faults. 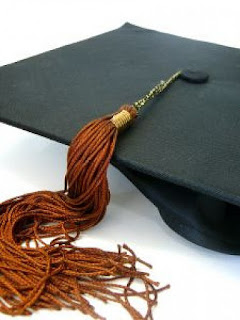 This is the problem with our culture of dismissal. Intelligently appraising a work of art requires enough intelligence to understand the work in the context of time in which it was created and the context of similar pieces, and the experience of repeatedly encountering the work and its ilk.

How does a critic convey the extent of that intelligence and experience? It gets written into the review, where that context can be described and well-chosen comparisons can support any critical argument. It also helps if the review demonstrates a facility with writing, because that gives momentum to the review. Solecisms (and stupidity) get in the way.

But the culture of dismissal offers a facile shortcut. Decorate your appraisal with an adverse criticism and you’ve demonstrated penetrating insight. No contextualizing needed. In fact, specificity is the enemy of such dismissal. “She’s good, but isn’t she a little old for the part?” tells us nothing. Actually, it tells us plenty, but it’s telling us about the critic, who, by leaving the argument unsupported, is parroting the received attitude of a youth-obsessed, marketing-driven society. Something like “I would expect a character of that age to be more spontaneous in movement and less guarded in speech” redirects the criticism from ad hominem to advice that’s more legitimately couched in opinion.

“My kid could paint better than that” is a smug shortcut for “I’ve never bothered to study the development of abstract expressionism and thus know nothing about color and tension, composition and line, and a long and well-credentialed tradition.” It’s a comment that invites you to agree with smug ignorance, thus assuaging the fear of the critic manqué that there does exist a realm of intelligence to which that painting makes impressive sense.

Intelligence and the pursuit of intelligent information has long been vilified by a large and insecure chunk of society, as demonstrated by the repeated attacks on universities – and teachers in general – by media’s mouth-breathers, a group that also cloaks its fear-based worldview in vague terms like “family values.” Two of Hollywood’s many cultural clichés are the classical-music performance that gains favor only after a swing band jazzes it up, and the depiction of villains as misfits who enjoy classical music, ballet, fine art – anything sufficiently rarefied to require intelligence for its appreciation.

The dismissal I encounter most often is a simple, unsubstantiated “It’s too long.” Be it a thoughtful movie or a Mahler symphony, the target requires a context of appreciation far removed from the loud, jumpy experiences inhabiting mainstream entertainment, and the criticism typically is leveled by one who’s never five minutes away from finger-stabbing a cell-phone screen.

Giving a no-holds-barred encomium thus becomes an act calling for courage as well as smarts. More than one editor I’ve worked with has insisted that no product, no performance – nothing can be so perfect that an adverse criticism can’t be imposed. And impose it thus one must for critical credibility, it would seem – but more challenging, more honest, more effective is the appraisal that can praise a subject without knee-jerk carping. All I’m suggesting is that it show its trail of reasoning.

There have been many critics whose recommendations I could trust to align with my own. Vincent Canby rarely let me down. There have been the reverse-barometers, whose barb-laden reviews guaranteed a pleasurable experience for me. (Thanks, Pauline Kael!) Those who follow the culture of dismissal, however, have freed themselves from the requirement of analysis and serve only to encourage more non-critical thinking. Class dismissed.