“You can put me at the table in the corner in the back unless you’ve got one in the telephone booth;
I’m here and I’m alone again, it’s sad but it’s the truth.
No, I’m not expecting anyone, is that beyond belief?
Give me the menu, take away the candle, never mind the aperitif.”

– Loudon Wainwright III, “I Eat Out.” 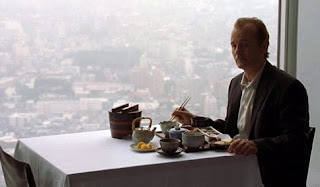 IT CAN SEEM TO BE THE ODDEST PLACE to enter alone. And it’s not just any eatery. Nobody minds grabbing a solo seat at a diner or fast-food joint. But when there’s a hint of the upscale about the place, you must be a social misfit if there’s nobody with you. Even a relative or casual friend will do.

A hilariously moronic entry on the website WikiHow offers advice on “How to Eat Alone in a Restaurant,” broken down into nine easy-to-follow steps. "One: Choose a lively dining spot with food you like that has quick service." Yes, you must be a misfit, so make sure there’s noise to cover your lonely mastication, and make sure you’re out of there fast.

This topic has won some recent attention thanks to a study in the August Journal of Consumer Research by Rebecca Ratner and Rebecca Hamilton, which asked people what they preferred to do in groups and what alone. The study “suggests that I,” (Jesse Singal, writing in New York magazine, “and all the other solo-outing-phobic folks out there, might be wrong. If we’d just actually fight through our fears and go to that movie or restaurant alone, we’d have a good time. We’re missing out on a potentially fun experience because of ill-grounded fears.”

Psychology columnist Oliver Burkeman, writing in the U.K.’s The Guardian last April, takes it even further. “Underlying our inhibitions about being seen out alone, I suspect, is the famous psychological phenomenon known as the spotlight effect, which describes the way we chronically overestimate how much others notice our social faux pas—or indeed notice us at all.”

"Two: Ask for a seat at the counter or bar." While I know and respect many at-the-bar diners, my dining ritual is always table-centric. There’s a fear that a fancy restaurant will resent losing what could be space for two or more, but my own server training insisted on giving the non-companioned a little more friendly attention than a deuce might merit.

We’ll skip ahead a bit. "Four: Engage the waiter if you are looking for conversation." Actually, don’t. I often encountered the desperate bore, eager to spin out lengthy descriptions of the hardships that led him to this embarrassing solitude. And I write “him” with full awareness of the pronoun’s sexist implication, but the few solo females I served were never annoying. In fact, one of them, an elderly woman with a French accent whom I waited on decades ago in Westchester County, turned out to be fascinating. Her habit of packing up her leftovers for her cats initially made me nervous. Then I discovered she’d been a racing-car driver in her native country, and had marvelous stories to tell.

And a friend who dines alone often, and sits at the bar, observes that a natural camaraderie often develops with the bartender and other bar diners, especially among regulars. And if you’re reasonably socially adept and not a “desperate bore,” these evenings can be as stimulating as meals with friends or family (he didn’t say “more so,” though some readers may be thinking that).

"Five: Bring a book, magazine, or newspaper to read while you are waiting for your meal." Burkeman: “‘Look!’ you’re signaling to fellow diners, ‘I have to get this reading done, and I just thought it would be nice to do it over a meal!’ (This works better with a stack of printed papers or an academic tome than with paperback thrillers.)” Of this have I long been guilty, but these days I plead that it looks far less pathetic to wield a book than to stab at a cell phone.

"Seven: Relax, enjoy yourself and do some people watching." I’m sitting across the way with my wife and I’m forced to make eye-contact with you? Just read your fucking book.

Starre Vartan, in Time magazine, begs to differ: “It’s the best way to meet new people. . . . You are in a bubble when you go out with a friend or a partner, but that bubble is broken when you’re on your own, and you’re open to the world and new people in it. You’d be surprised how fun that can be.”

To give it some credit, perhaps the best piece of advice—and maybe the best reason for dining à deux—comes from that WikiHow piece. "Eight: Let the waiter know you’ll be right back if you get up during your meal to use the restroom so they don’t clear your plate by mistake." Talk about pissing away your leftovers!

“What exactly the rise of the solo meal means for society is unclear,” writes Roberto A. Ferdman in The Washington Post. “There are confusing suggestions, for instance, about how eating alone might affect health—the practice has both been associated with smaller portions, which could bode well for a country in need of some downsizing, and less nutritious diets, which does not.”

Composer George Frederic Handel figured out how to bypass the portion problem. He emigrated from Germany to England in 1712 and there won great renown. “A Polyphemus as to enormity of appetite,” writes Nicolas Slonimsky in The Listener’s Companion, paraphrasing Thomas De Quincey, “he used to order a dinner for seven. He rang furiously for the dinner to be served, upon which the waiter would timidly suggest that perhaps his honor might choose to wait for the six commensals who had not yet arrived. ‘De who, de what?’ would Handel exclaim. ‘The company, sir,’ was the waiter’s reply. ‘De gombany!’ ejaculated Handel. ‘I am de gombany!’”

But let’s give Loudon Wainwright the last word, again from his song “I Eat Out”: “The waiter comes up and he asks me, ‘How was it sir, was everything all right?’/The food’s fine, but I feel like a fool, ’cause I’m eating alone tonight.”